Or a drug, or both could be bogus 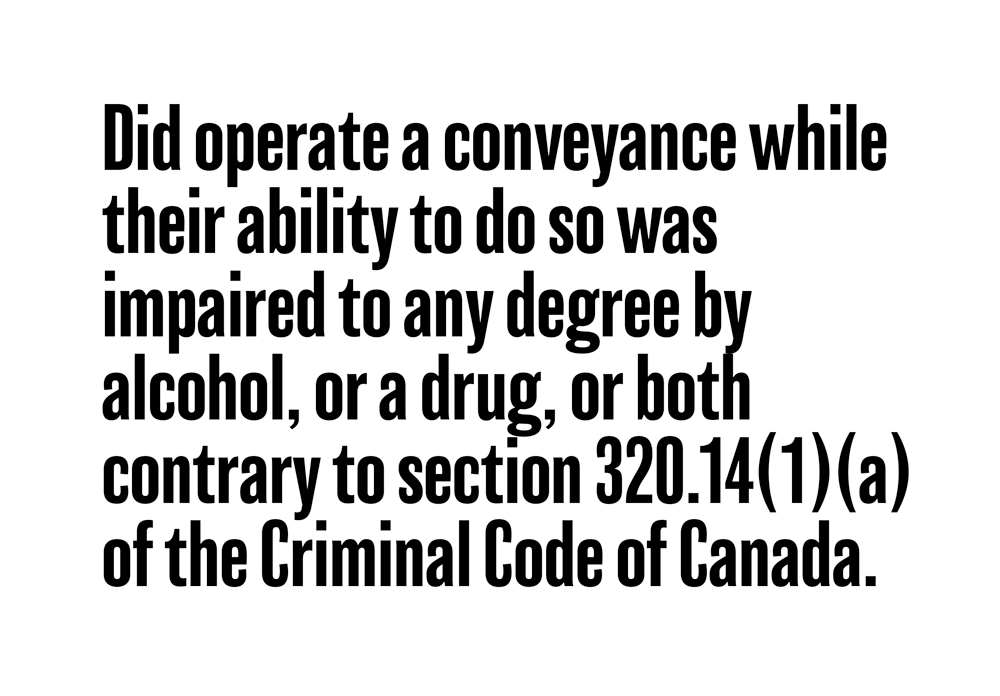 If you end up pleading guilty, ensure that you only plead guilty to something that you are actually guilty of. The consequences of not paying attention to the details could lead to consequences that were originally unintended. This is perfectly illustrated by the somewhat new wording of the charge laid for impaired driving.

The new impaired driving section really isn’t that new anymore, having come into effect in December of 2018. When it became law, it changed the nature of impaired driving. The new wording added the words “impaired to any degree by alcohol, or a drug, or both”. I have made it my practice to ask the Judge to amend the wording of the charge, both at a plea or at the start of a trial, to accurately reflect the nature of the anticipated evidence being called by the Crown. That is fancy lawyer talk meaning that I ask the Crown to remove those words because there is nothing in the facts that says that the client was impaired by anything but alcohol. It may seem pointless because, in the end, if the client is convicted, they are convicted of impaired driving however, the implications of being convicted for something that may have been related to drug impairment are huge. There is a mandatory license suspension that flows from a conviction for impaired driving. It is mandatory, everyone gets it. The province of Ontario does allow people convicted of alcohol impaired driving offences the opportunity to participate in the ignition interlock program which allows for the early return of the driver’s license prior to the expiration of the one year. There is no such program for people convicted of a drug-related impaired. If drugs are involved, then it is a one-year driving prohibition, an early license return is not possible.

It pays to pay attention to the details. If the court convicts on an impaired with the standard charge wording, then the government deems the driver to be convicted of an impaired by drug and the early interlock ignition program is not an option. Not paying attention to the details could be costly. Trust the team at Cake Criminal Defence to take care of the details, and get you back on the road as soon as possible. At CDD Law, we defend!