Impaired Operation of an (Inflatable) Unicorn? 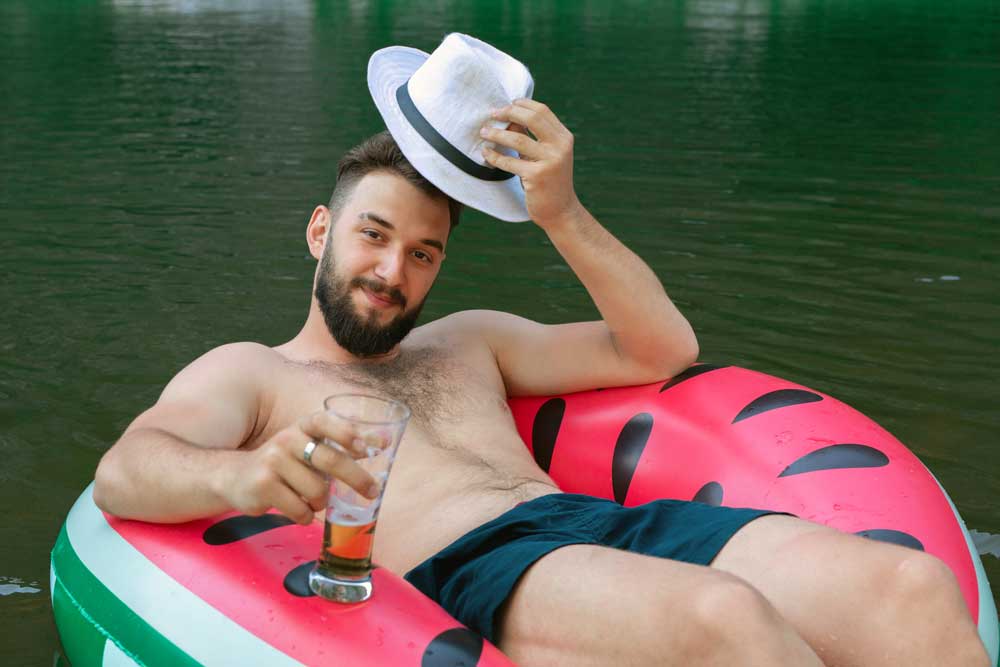 While scrolling through Instagram this past weekend, I saw an ad from my favourite local craft seltzer company.  It was a drone shot of some people who looked like they were having a good time.  They were in a big inflatable tube with a big “bubba” style keg of seltzer in the middle.  Red cups were being filled and as the drone flies out everyone is drinking.  Looks like fun, but it is completely illegal.  That big inflatable tube is considered a vessel, a vessel is considered a conveyance, and the criminal law in Canada says that it is illegal to be impaired while operating a conveyance.  This point was made crystal clear very recently by our Court of Appeal in a case called Sillars. The Sillars decision upheld a trial level decision, a conviction for impaired operation (of a canoe) causing death.  The reality is that you cannot be impaired and operate any type of vessel.  A vessel is anything capable of navigating water.  That means that you can get an impaired in a motorboat on the lake, a pedal boat on the pond, an innertube on the river, or even a pool noodle in the backyard pool.  In the ad I saw, it appeared that the big inflatable tube was tied to the dock but remember that impaired operation also includes care and control.  When it comes to vehicles like cars, trucks, vans, and such you don’t have to be driving to get the charge.  The same can be said for docked or anchored vessels.

If you are charged with impaired operation of a vessel, you are subject to the same administrative penalties as you would be if you were charged on the roadway.  This means you will lose your license to drive a vehicle if convicted.  You will, at a minimum, face a fine and get a criminal record.  The Court of Appeal was clear on the need to control vessels on our waterways and now I hope it is clear what you can and cannot operate after consuming alcohol.  If you or anyone you know is charged with an impaired operation offence, car, truck, airplane, or big inflatable unicorn, call Cake Criminal Defence.  We defend!  Call Nick and the team today at 519-452-2621.